A Leap of Faith

There's a challenging yoga pose where one does a split, with one leg straight forward and the other extending straight behind. Arms are reaching skyward, and the chest and heart are open in a gesture of unwavering YES; it is as if one is leaping forward with trememdous power and courage. This posture is Hanumanasana, the pose of Hanuman, the Hindu monkey god.

In the great Indian epic known as the Ramayana, the story is told of how Hanuman became a devoted servant to Lord Rama. When Rama's wife, Sita, was abducted by an evil king and held captive on the island of Lanka, Hanuman, focusing his will and dedication to serve his Lord, taps into an inner power that allows him to grow to many times his normal size and leap across the ocean in a single bound. With his tail lit on fire, he destroys the demon's kingdom by setting it ablaze, and in the end Sita is rescued and returned to her husband.

In that giant leap Hanuman embodied his love for Rama. His intense devotion allowed him to do the impossible, and this is the lesson of Hanuman: Power comes from devotion.
That mighty leap is memorialized in the pose Hanumanasana. This pose asks you not merely to stretch your legs but also to bring true devotion into your practice.
You could interpret the story of Hanuman, then, as a parable of what happens when you recognize the divine nature of life, offer yourself in service to it, and allow it to transform you in ways you never thought possible, so that you are even more capable of serving your highest ideals. And when you approach the pose with such inspiration, you’re likely to enjoy your journey, no matter how “far” you go in the pose.

Hanuman Jayanti is the Hindu festival honoring the birthday of  Hanuman. It is celebrated in the spring,
on the full moon of the Vedic month of Chaitra. So perhaps, during this full moon,  you'll be inspired to try the pose (or a more accessible, modified version, such as Ardha Hanumanasana) in your practice this month! 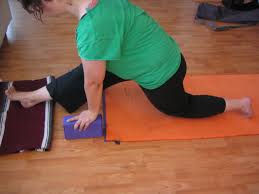 After you are very comfortable with Arda Hanumanasana (Ardha means half), and only if your body is open to going further, you can try entering into the full split. Use blocks aligned under each shoulder, so you are fully supported. This is a very intense stretch for the hamstrings!

If your sit bones don't release all the way to the floor, make sure you place a block, bolster, or rolled blanket underneath you.

That will give you the support you need to lift your torso upright and extend your arms to the sky.

When I was in India in January of 2015, I visited the place where Hanuman was believed to have been born. This spot, now a temple, sits high upon a mountaintop, only accessible by a half-hour climb up winding steps. The words to the Led Zeppelin song "Stairway to Heaven" ran through my head as I panted my way up to the proverbial mountain peak, my skin glistening with sweat in the hot sun. Little brown monkeys flitted about, and I imagined Hanuman's army of helpers (kind of like Santa's elves) making the temple ready for my arrival.

Entering the temple, I was met by a Pujari (priest) who pressed his thumb into my forehead, leaving a red smudge of ceremonial kum kum paste. Extending my right hand, I was given a few drops of holy water to sprinkle on my head, and finally given two little sugar candies as prasad (sweets that have been blessed).

Suspending my rational mind, which entertains all the questions of whether there could really have been a part-monkey-part-human being, how anybody knows when or where he was born, etc,, I simply allowed my heart to open to the qualities that Hanuman embodies--courage, strength, playfulness, and unwavering devotion to God. These are the qualities that I can embrace, no matter whether or not he was actually "real." I've heard it said that truth is greater than fact. The  Truth is that we all have the ability to be like Hanuman, focusing our lives on loving service to the Beloved,  and drawing upon our inner strength and  taking a leap of faith to do what we know is right. 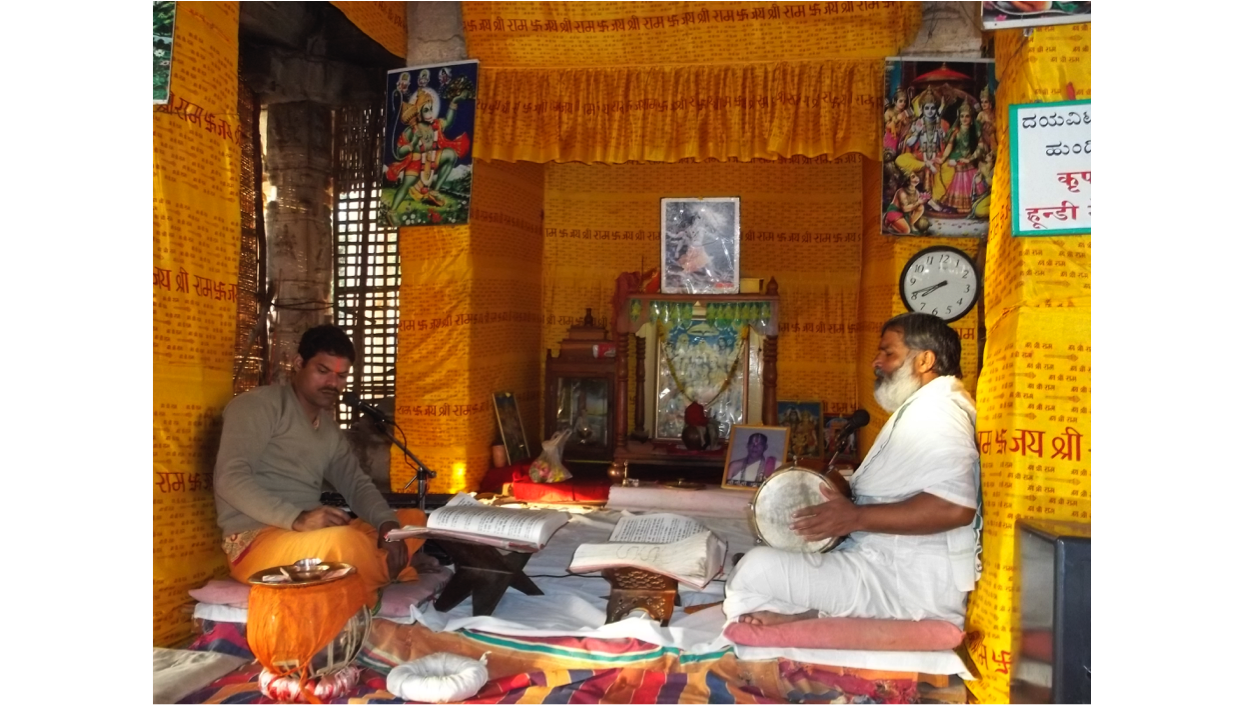 Chanting the Hanuman Chaleesa, a hymn honoring the monkey god

Posted by Jody Kessler at 5:14 PM No comments: